My Friend John Harrison's Poetry. Whispers from within. 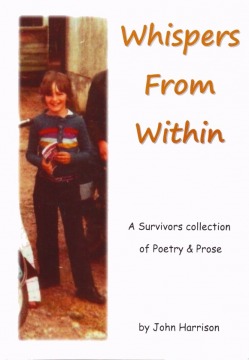 Albion press
Pu
The book starts with a brief introduction to myself followed by several sections of poems and prose. In between these sections there’s a write up on some of them. The book contains over one hundred Poems and Prose, some until publication of this book never seen. There are several black and white sketches throughout. The book ends on the positives that have come from 2009, and now continued in 2010. The books intentions like my own are to take positive from my experiences and… 'Raise Awareness of Child Abuse and the Consequences in Later Life'.

"The Goals I have for the book are not about sales figures. Recently a girl remarked on my poem ‘The Rock’, she said it helped her explain to a friend the consequences and effects of Child Abuse. What more can I ask from what I write? These comments mean everything to me. When you receive comments like this, you have reached the top of what your writing can bring… in anything that still truly means something."
John
The first copy of my book has reached... America, Canada and Australia.

Together, we will... make a difference. 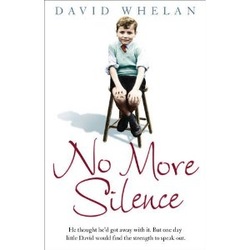 Product Description David had everything. No-one knew the London businessman was born into a world beyond poverty, the son of a rapist father and disturbed mother. Abandoned as a baby, he spent most of his childhood in care and suffered appalling sexual abuse. But no-one knew. But a call from the abuser's wife, 30 years on, proved he was living in a house of cards.

The youngest of five children, David was the son of a drunkard rapist father and a mentally unhinged mother. His father was jailed and his mother deserted the family, leaving five urchins to battle to survive in an inner city Glaswegian slum. Rescued, but separated, David grows up with vague memories of Ma, but no memory of his siblings.

For the next years of his young life David was shipped from pillar to post, until the authorities decided the best place for him and his youngest sister was Quarriers Children's village, where he was delivered into the hands of a paedophile.

Helpless, powerless and alone, it was beaten into David that no-one cared for him and no-one loved him.

Finally David escapes and goes on to build a life of success, determined to bury his secret and never tell anyone what happened to him. Then he receives a phone call from his abuser's wife, and all that he has built comes tumbling down. She asks David to be a character witness on behalf of the man who stole his childhood. Instead David chooses to tell the truth, turning the tide for detectives involved in a massive investigation and changing his own life forever. This is his remarkable story.

About the Author  DAVID WHELAN is home delivery co-ordinator at a top London hospital. He is also head of an association of former boys and girls of Quarriers who were abused while in care, and an advisor to the UK and Scottish governments on issues relating to historic abuse. He lives in London. 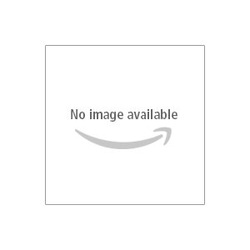 Product Description Katie's memories of her childhood were patchy. She'd always remembered her father's physical abuse, his anger and violence. But there was a lot she had forgotten. And, at the age of 24, after the birth of her son, the memories that were gradually unlocked with the help of a psychiatrist were far more terrible.

Katie had grown up living in fear. She'd never forgotten the icy coldness that used to spread through every vein in her body each time her father grabbed her roughly by the arm, or punched and kicked her mother. Or the occasion when she was 3 and he'd locked her in a bedroom for an entire weekend, without food or water. Or the night when he'd brought home a young woman he'd met at a bar, pushing her mother down the stairs when she dared to complain and then locking mother and daughter out in the snow, dressed only in their nightdresses.

There were many, many incidents of violence and cruelty that Katie had never forgotten. But when she started a family of her own, and began to see a psychiatrist to help her cope with the debilitating post-natal depression she was suffering, she was forced to recall memories that were even more horrifying. Memories of the sexual abuse her father had subjected her to from the age of 3, which her mind had locked away for over twenty years. And memories of all the other horrific incidents from her childhood that she'd dared not remember until then.

During the months that Katie remained in the psychiatric hospital, the locked doors in her mind gradually opened, releasing the trauma from her past and finally enabling her to start to understand the reason for her self-disgust.

This is Katie's story – the sometimes harrowing but ultimately inspiring true story of her journey as she comes to terms with memories too painful to remember but impossible to forget.

About the Author KATIE MATTHEWS suffered an abusive childhood. From an early age, she was both physically and sexually abused by her father and his friends. When, at the age of 24, she gave birth to her son, she struggled with severe post-natal depression and only then truly began to deal with what she had endured as a child.

Katie now works in a residential home for teenagers whose challenging behaviour masks their need for support and understanding. She believes that if she can use her own horrific experiences to make a difference to the life of just one child, all the pain she suffered will have been worthwhile.

Wake Up, Mummy: The heartbreaking true story of an abused little girl whose mother was too drunk to notice